Answering 2020 Nordstrom Anniversary Sale FAQs – be fully prepared for the sale prior to it kicking off! 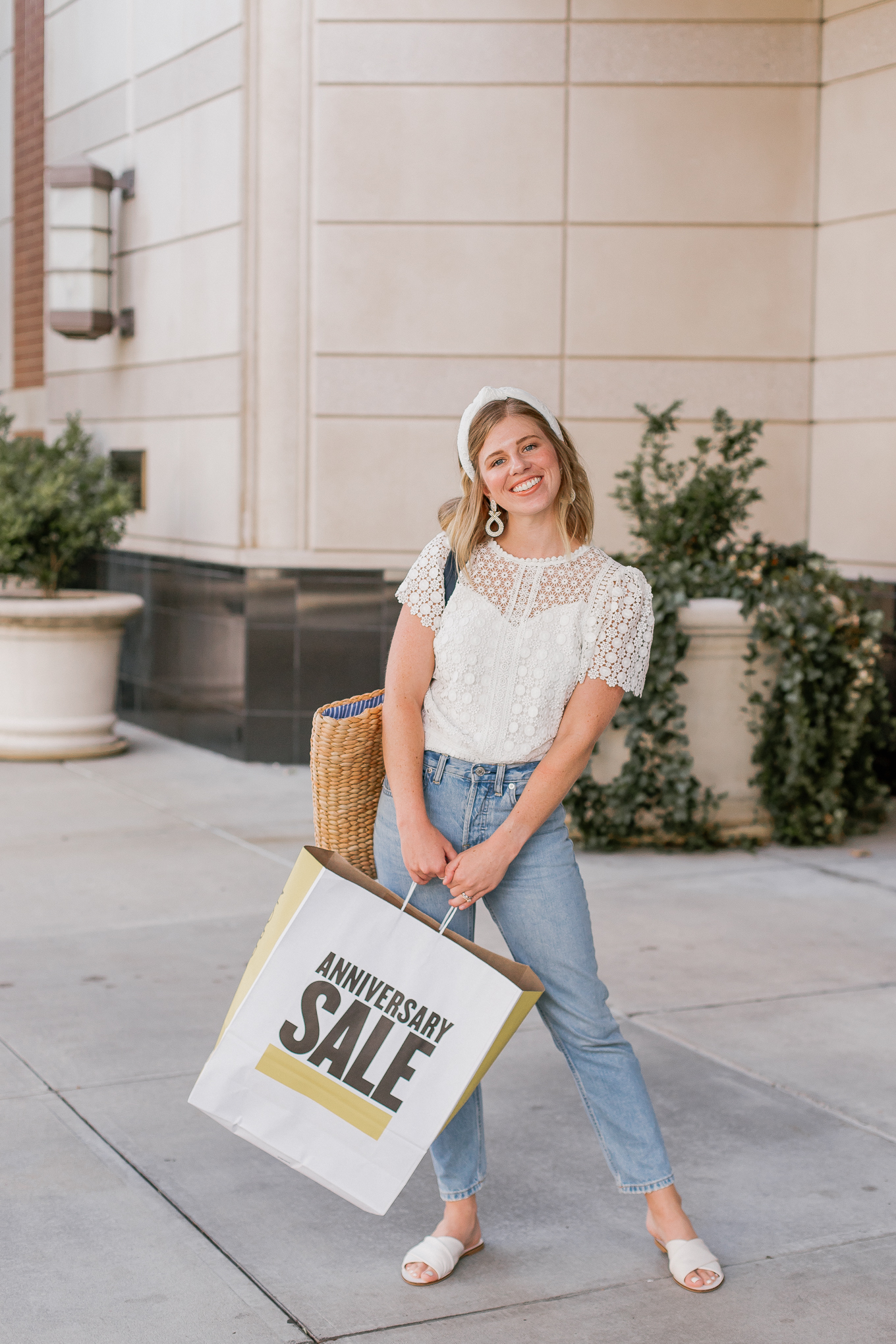 THE 2020 NORDSTROM ANNIVERSARY SALE WILL BE START ON AUGUST 19th. With EARLY ACCESS FOR ALL CARDHOLDERS Starting ON AUGUST 13TH.

OKAY, WHAT IS THE NORDSTROM ANNIVERSARY SALE?

Most important question, right? The Nordstrom Anniversary Sale is Nordstrom’s biggest sale of the year — seriously, it’s crazy!  What this sale does is allow you, Nordstrom customers, to shop new arrivals for the upcoming Fall season at discounted price. You also have the ability to do this before they’re open to the public to shop! Online you will see the discounted price as well as what the original full price will be once the sale is over. You seriously feel like you’re getting such a deal and it’s because you honestly are!

WHEN IS THE 2020 NORDSTROM ANNIVERSARY SALE?

WHAT KIND OF DEALS CAN I EXPECT?

Well the good news is you get to peek at the sale before it even launches with their Nordstrom Anniversary Sale catalog! This catalog will launch online on July 24th. The catalog shows you some of the items that will be included in the sale and provides you with an idea of what can of deals you will receive. I recommend adding your favorites to your wish list so you can grab them quickly the day of the sale.

Majority of the time you can save around 25%, 30%, and on some items it may even be more! There are items included from all departments including shoes (which is a huge spot to save!), denim, home decor, handbags, women’s clothing, men’s clothing, kids clothing, and more! I typically use the sale to purchase shoes and a great handbag for the fall season. Those are usually kind of investment pieces so purchasing them during the sale really helps!

SO HOW CAN I RECEIVE THIS EARLY ACCESS TO THE NORDSTROM ANNIVERSARY SALE YOU’VE MENTIONED?

If you are a Nordstrom cardholder (there is an option to do a credit or debit card), you receive early access to the sale to shop as mentioned above. What this means is you have the ability to shop ALL of the items before the public can! This Early Access to the sale begins:

Two benefits of signing up for a Nordstrom card:
Earn 2 points per dollar spent in stores and online at Nordstrom, Nordstrom Rack, HauteLook and Trunk Club.
Plus, get a $60 bonus Note if you apply and are approved prior to July 10th – so jump on it y’all!
Apply for a Nordstrom card.

WHAT WILL YOU BE SHOPPING FOR?

As mentioned above, I typically use the sale to stock up on fall footwear and a fabulous handbag for the new season. However, the last THREE years I have been let down in the handbag department and ended up not purchasing one. The footwear never disappoints though. I am on the lookout for a neutral pair of slip on sneakers, a neutral pair of loafers, a brown leather handbag, and the free people tunic sweater in an additional color.

WHAT WILL YOU BE SHOPPING FOR WHEN THE 2020NORDSTROM ANNIVERSARY SALE KICKS OFF?